Did you know that wildfire has always played a critical part California’s healthy ecosystems?

Fires were a natural and integral process throughout California’s history, removing overgrowth and encouraging new plant growth, keeping rampant species in check while leaving strong, slow growing species, such as oaks, to thrive. Since humans have encroached on California’s wildlands in growing numbers, fires have been suppressed for obvious reasons. That suppression, however, has created new problems.

When you look out the window and into our beautiful open space, what do you see?  Densely spaced green trees and shrubs for as far as the eye can see?  Actually, that’s not a good thing.  You may be surprised to learn that our forests are not in a healthy state.  Those densely spaced trees and shrubs should not be so dense, as they all fight for a finite amount of water and nutrients.  Once, much of our open space was oak woodland. Many oaks still exist in our forests, but their numbers are dwindling.  The invasive, opportunistic Douglas-fir is a major culprit.  The Douglas-fir reseeds in ferocious numbers and grows at an incredible rate.  Without wildfires to control its spread, it quickly surpasses the oaks in height, shading them from needed sunlight and stealing the soil’s nutrients. Of course, nowadays the oaks must also contend with Sudden Oak Death (click here for more information on SOD) among other threats.

Part of OSMA’s challenge as we move forward will be to reduce the Douglas-fir population, along with the overgrown and dead plant material (as fires once did) in order to improve our fire safety, which will benefit the forest’s overall health. Too many trees and shrubs means too much competition, and that means all the trees suffer – including the Douglas-firs.  Now that our wildlands are vastly overgrown with brush and Douglas-firs competing for sunlight and nutrients, opportunity knocks for nasty bugs and diseases. You may have noticed the tops of Douglas-firs dying back, quickly proceeding further and further down the tree. A dying treetop can signify the presence of bark beetles and/or pitch canker – an incurable fungus that is severely threatening many of California’s conifer forests.  The OSMA hopes to be able to address some of these problems by thinning the Douglas-fir population for fire safety, thereby reducing stress on the trees, and by keeping an eye out for beetle infestations. Once a brood tree is established, it’s rather easy for the beetles to spread rampantly from there, and the beetles are a vector for the pitch canker fungus.

Keep an eye on your own trees. Pitch canker symptoms – in addition to the dead treetops – include the appearance of a canker, discoloration of branches, trunk and exposed roots, and the flow of amber pitch running down the trunk. 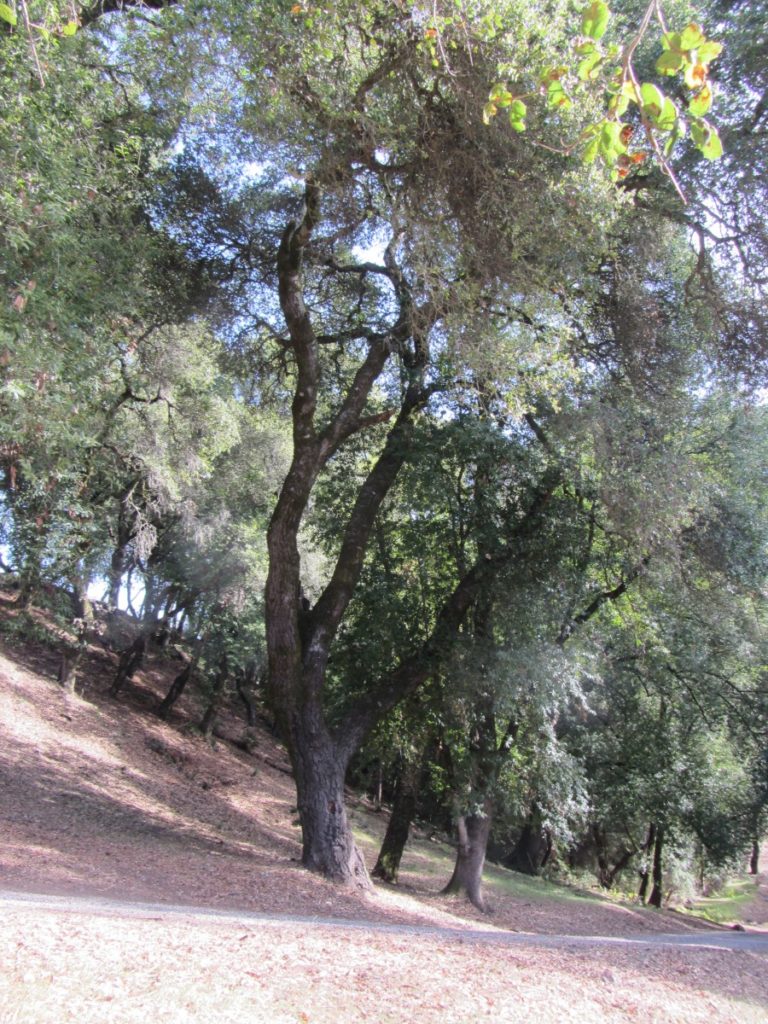